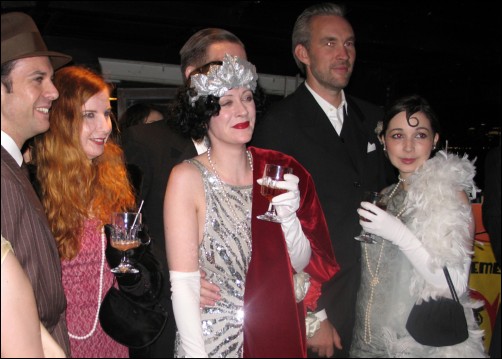 Not sure why it took ten months, but a reporter who attended Parkerfest 2004 has written an article about it. Richard Eiler, a nice chap, says:

I was still frightened by the whole ‘fan’ thing. I collected her first editions, had flown across the Atlantic just to be at the party and, well, tried to buy her dress, but I was not obsessive, obviously. How would I deal with the über-fan, who knew more about her underwear habits than was strictly healthy? You had to approach these people warily.