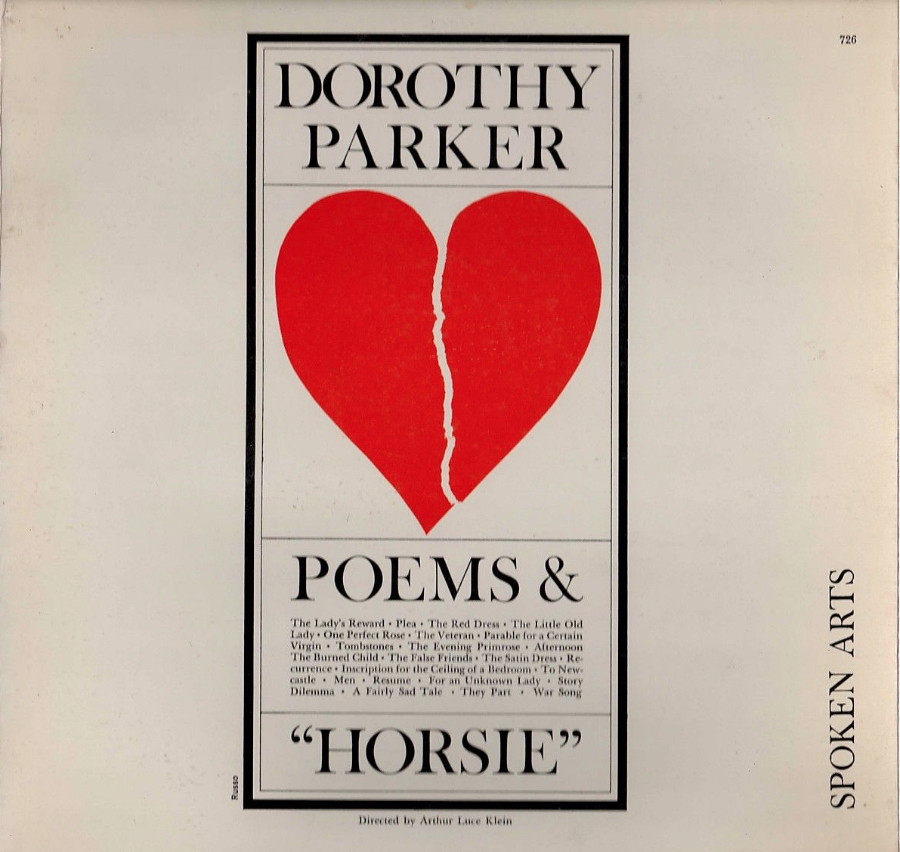 Dorothy Parker made two full-length LP recordings of her work. Some audio clips of Parker reading her own work is below, along with interviews and other archive selections.

At the time of the recording sessions, Mrs. Parker was in her sixties and seventies. Her voice ravaged by years of Chesterfields, this offers a peek at the real Mrs. Parker. She died three years after recording her second LP. Special thanks to Jon Snyder and Catherine Chodack for loaning me their LPs.

Note: The NAACP owns the copyright to Dorothy Parker poems, so copying these tracks for commercial use or performance is prohibited. This also applies to public performance on radio and television.