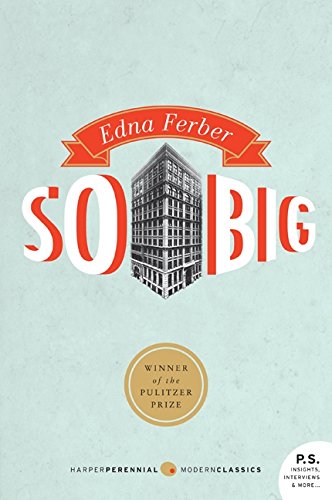 Kaufman and Company: Broadway Comedies
by George S. Kaufman (and collaborators)
Library of America (2004)
Hardcover, 950 pages
[Buy Via Amazon]
Here, in the most comprehensive collection of George S. Kaufman plays ever assembled, are nine classics:
*His uproarious “backstage” play The Royal Family (1927, written with Edna Ferber);
*The Marx Brothers-inspired mayhem of Animal Crackers (1928, with Morrie Ryskind), in a version discovered in Groucho Marx’s papers and published here for the first time;
*June Moon (1929, with Ring Lardner), a hilarious look at a young composer trying to make it big on Tin Pan Alley;
*Once in a Lifetime (1930, with Moss Hart), one of the first and best satires of Hollywood;
*Pulitzer Prize-winners Of Thee I Sing (1931, with Morrie Ryskind and Ira Gershwin) and You Can’t Take It with You (1936, with Moss Hart);
*Dinner at Eight (1932, with Edna Ferber), a tart ensemble piece that mixes comedy and melodrama;
*Stage Door (1936, with Edna Ferber), his much-loved story about young actresses trying to make it big in New York City;
*The Man Who Came to Dinner (1939, with Moss Hart), an unforgettable burlesque of America’s cult of celebrity.

Three Comedies
by George S. Kaufman and Edna Ferber
Applause Books (2000)
Paperback, 378 pages
[Buy Via Amazon]
Dinner at Eight, The Royal Family, Stage Door. These three masterpieces stand as permanent and hilarious testament to the cream of an epoch. Edna Ferber and George S. Kaufman inebriated America during the Prohibition Twenties, then made everyone forget the Depression in the Thiries via gales of sophisticated laughter. The dynamic playwriting duo created three smash hits together: The Royal Family (1927), Dinner at Eight (1932), and Stage Door (1936).

The Best of Robert Benchley
by Robert Benchley, Illustrations by Peter Arno
Wings Press (1996)
Paperback, 353 pages
[Buy Via Amazon]
The Best of Robert Benchley, a compendium of 72 of his funniest stories. There is, for example, his meditation on the future of the species, Future Man: Tree or Mammal, in which he posits that the humans of the future will be both brightly dressed and legless (you’ll have to read the essay to find out why); or The Real Public Enemies, in which he laments the hostility of inanimate objects. Seventy-two timeless pieces celebrate the humorous side of life’s annoyances and the author’s suggestions for coping–or not coping–with them, and address such topics as government imbibing and Christmas finances. Artwork by legendary New Yorker artist Peter Arno only adds to the joy of this edition.

Benchley Lost and Found
by Robert Benchley, Illustrations by Peter Arno
Dover Publishing (1970)
Paperback, 183 pages
[Buy Via Amazon]
The great humorist at his best — 39 prodigal pieces never before collected, all from Liberty Magazine in the early 1930s. Gentle, urbane wit aimed at taxes, horse racing, Europeans who live their own stereotypes, sand kicked in one’s face at the beach, much more.

The Benchley Roundup
by Robert Benchley, William Gluyas (Illustrator), Nathaniel Benchley (Photographer)
University of Chicago Press (1983)
Paperback, 352 pages
[Buy Via Amazon]
A collection by Nat Benchley of more than 60 pieces of his father’s that he thinks ‘stand up the best over the years’. Among these gems are “Take the Witness!”, The Social Life of the Newt, From Nine to Five, French for Americans, Is This the Mystery Link?, Christmas Afternoon and Kiddie-Kar Travel.

So Big
by Edna Ferber
Harper Perennial Modern Classics (2010)
Hardcover, Paperback, E-Book, 288 pages
[Buy Via Amazon]
Winner of the 1924 Pulitzer Prize, So Big is widely regarded as Edna Ferber’s crowning achievement. A rollicking panorama of Chicago’s high and low life, this stunning novel follows the travails of gambler’s daughter Selina Peake DeJong as she struggles to maintain her dignity, her family, and her sanity in the face of monumental challenges.

Fanny Herself
by Edna Ferber, J. Henry (Illustrator)
University of Illinois Press (2001)
Paperback, 360 pages
[Buy Via Amazon]
Heralded by one reviewer as “the most serious, extended and dignified of [Edna] Ferber’s books,” Fanny Herself is the intensely personal chronicle of a young girl growing up Jewish in a small midwestern town. Packed with the warmth and the wry, sidelong wit that made Ferber one of the best-loved writers of her time, the novel charts Fanny’s emotional growth through her relationship with her mother, the shrewd, sympathetic Molly Brandeis.

Half Portions
by Edna Ferber
University of Illinois Press (2003)
Paperback, 322 pages
[Buy Via Amazon]
The short stories in this collection take the reader from small-town Wisconsin to the bustling streets of New York and Chicago and back again. While they range greatly in length and tone, they all share the trademark wit and affectionate insight of Edna Ferber. Showcasing the facility with words that made her a mainstay at the Algonquin Round Table, Ferber explores some of her favorite themes: the role of women (especially strong or unconventional women) in modern society, the mores of the midwestern small town, and the changes over time in relationships between parents and children. The stories gathered here are beautifully observed chronicles of early twentieth-century life and are filled with characters who, despite their very human foibles, are all bestowed by Ferber with warmth and dignity.

Roast Beef, Medium: The Business Adventures of Emma McChesney
by Edna Ferber, Lawrence R. Rodgers (Introduction), James Montgomery Flagg (Illustrator)
University of Illinois Press (2001)
Paperback, 336 pages
[Buy Via Amazon]
Roast Beef, Medium is the first of three volumes chronicling the travels and trials of Emma McChesney. The illustrations by James Montgomery Flagg, one of the most highly regarded book illustrators of the period, enhance both the humor and the vivid characterization in this wise and high-spirited tale. The stories featured Emma McChesney: smart, savvy, stylish, divorced mother, and Midwest traveling sales representative for T. A. Buck’s Featherloom skirts and petticoats. With one hand on her sample case and the other fending off advances from salesmen, hotel clerks, and other predators, Emma holds on tightly to her reputation: honest, hardworking, and able to outsell the slickest salesman.

Personality Plus
by Edna Ferber, James Montgomery Flagg (Illustrator)
University of Illinois Press (2002)
Paperback, 200 pages
[Buy Via Amazon]
In this second of three volumes chronicling the travels and trials of Emma McChesney, the plucky heroine trades in her traveling bag and coach tickets for an office and a position as T. A. Buck Jr.’s business partner. Along with this well-earned promotion comes the home–with a fireplace–that she had longed for during her ten years on the road. In this bracingly modern novel, first published in 1914, Ferber contrasts the virtues of talent with those of experience to provide a fresh, readable, and smartly entertaining contest between a mother and her adult son. Personality Plus is enhanced by the drawings of James Montgomery Flagg, one of the most highly regarded book illustrators of the period.

Emma McChesney and Co.
by Edna Ferber, J. Henry (Illustrator)
University of Illinois Press (2002)
Paperback, 248 pages
[Buy Via Amazon]
In this final of three volumes chronicling the travels and trials of Emma McChesney, first published in 1915, Emma’s son, Jock, has moved to Chicago with his new wife. Struggling with a newly emptied nest, Emma dives into a whirlwind South American sales tour to prove she hasn’t lost her touch. By turns sales pro, newlywed, fashion maven, and anxious grandmother, Emma symbolizes the ideal woman at the dawn of the twentieth century: sharp, capable, charming, and progressive. Emma McChesney and Co. is enhanced by the drawings of J. Henry.