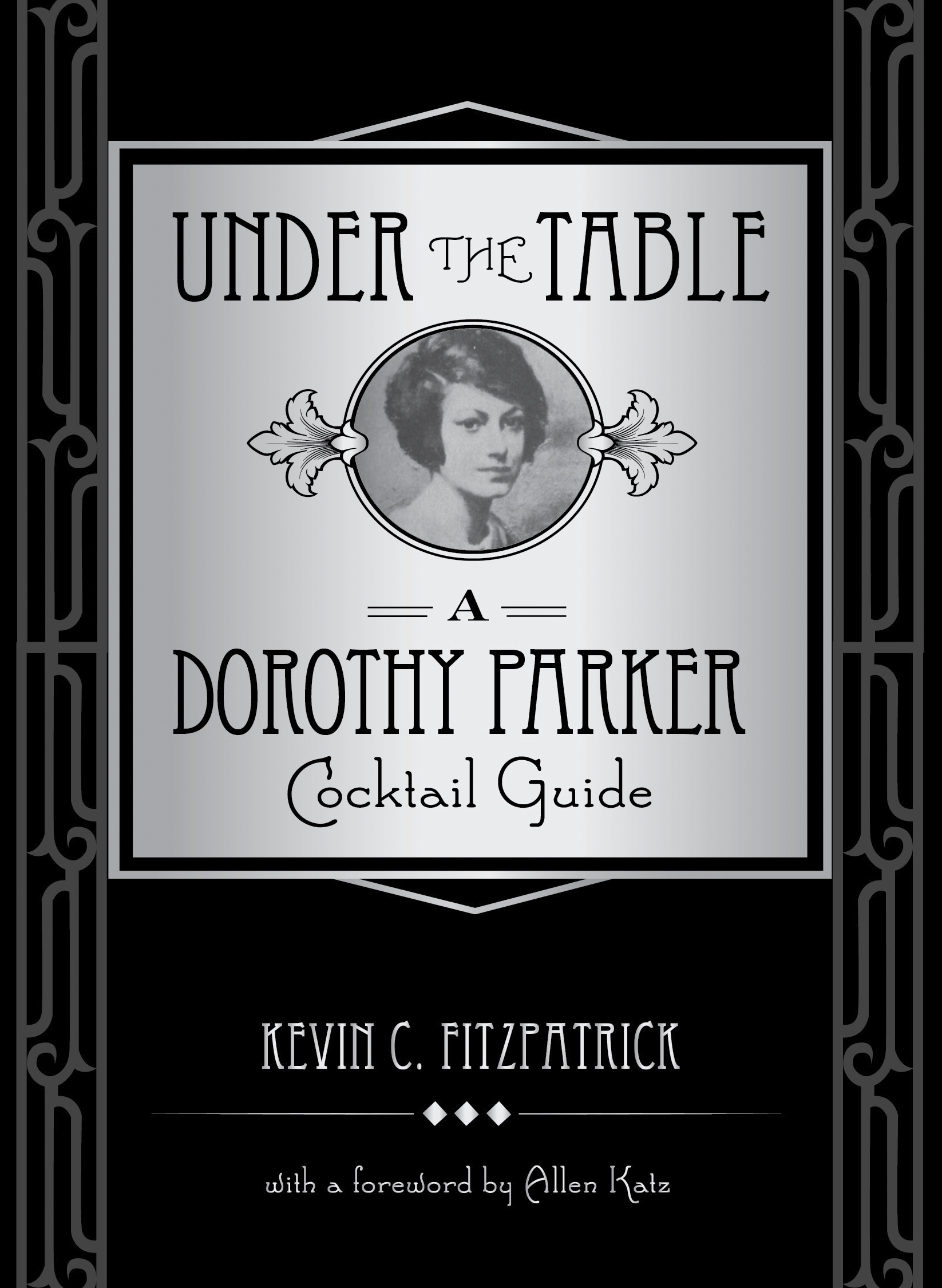 Algonquin Cocktail
Long before the Vicious Circle began meeting around the Algonquin Round Table, the hotel, located at 59 West Forty-fourth Street, had a reputation for attracting actors and writers. Upstate gambler Albert T. Foster began the enterprise, the first guests checking in on November 22, 1902. A standard room and bath cost two dollars a day, while a three-bedroom, three-bath suite with private hall, sitting room, dining room, and library ran ten dollars. The best move Foster made was hiring Frank Case as general manager. Case ran a tight ship and ran the hotel for twenty-five years before buying it. News of the sale ran on the front page of the New York Times. The hotel has changed hands a half a dozen times over the last century, but its history and traditions remain. There are several variations of the Algonquin Cocktail, but this is how the bartenders mix them in the hotel’s elegant Blue Bar.

Angel’s Tit
Dorothy Parker was no angel, and she reveled in it. When asked why she preferred hotels to owning a house, she replied that all she needed was “room enough to lay a hat and a few friends.” While she was living at the Algonquin Hotel, general manager Frank Case suspected her of breaking a house rule and telephoned her suite.
“Do you have a gentleman in your room?” he inquired.
“Just a minute,” Mrs. Parker answered. “I’ll ask him.”

During the 1920s, this popular after-dinner drink proved a delight to order and to imbibe. Its naughty name derives from the placement of the garnish.

glass: cocktail glass
1½ ounces maraschino liqueur
¾ ounce fresh cream
Maraschino cherry
Pour the maraschino liqueur, such as Maraska or Luxardo, into a chilled cocktail glass. Float the cream on top. The cherry garnish must be perfectly placed on top, and in the center, for the full effect. Alternately you can use equal parts liqueur and cream, whipping it into a sculpted froth—but that’s a lot of work.

Ray Hitchcocktail
For five solid years, from 1918 to 1923, Dorothy Parker wrote theater criticism for Vanity Fair and Ainslee’s. The Hotel Wallick in Times Square named a drink for one of her favorite stage comedians, Raymond Hitchcock, who appeared in shows with W. C. Fields, Fanny Brice, and Mary Eaton. He toured with the Ziegfeld Follies before moving into silent films, and Parker always gave him a glowing review. In 1918 he was in a show called Hitchy-Koo, about which Parker wrote:

No matter what the show may be, if Raymond Hitchcock is in it, it’s a success. He runs at top form from the moment he clubbily makes his appearance in the orchestra, welcoming the incoming audience, to the final thud of the curtain . . . Miss Rae Dooley gathers in a large share of the laughs of the evening, particularly in one delicate scene where she plays an obstreperous baby whom Mr. Hitchcock, as the proud father, silences with a blackjack . . . even though I do wear shell-rimmed glasses on occasion; there is always something about a gentleman hitting a lady over the head with a stuffed club that causes me to rock with happy laughter.

A clever bartender honored Raymond Hitchcock with the cleverly named Ray Hitchcocktail, so remember Old Broadway with this one.

glass: cocktail glass
1 pineapple slice
Juice of half an orange
2 ounces sweet vermouth
Dash Angostura orange bitters
In a shaker, muddle the pineapple and orange juice. Add the vermouth. Shake well with cracked ice and strain into a cocktail glass.