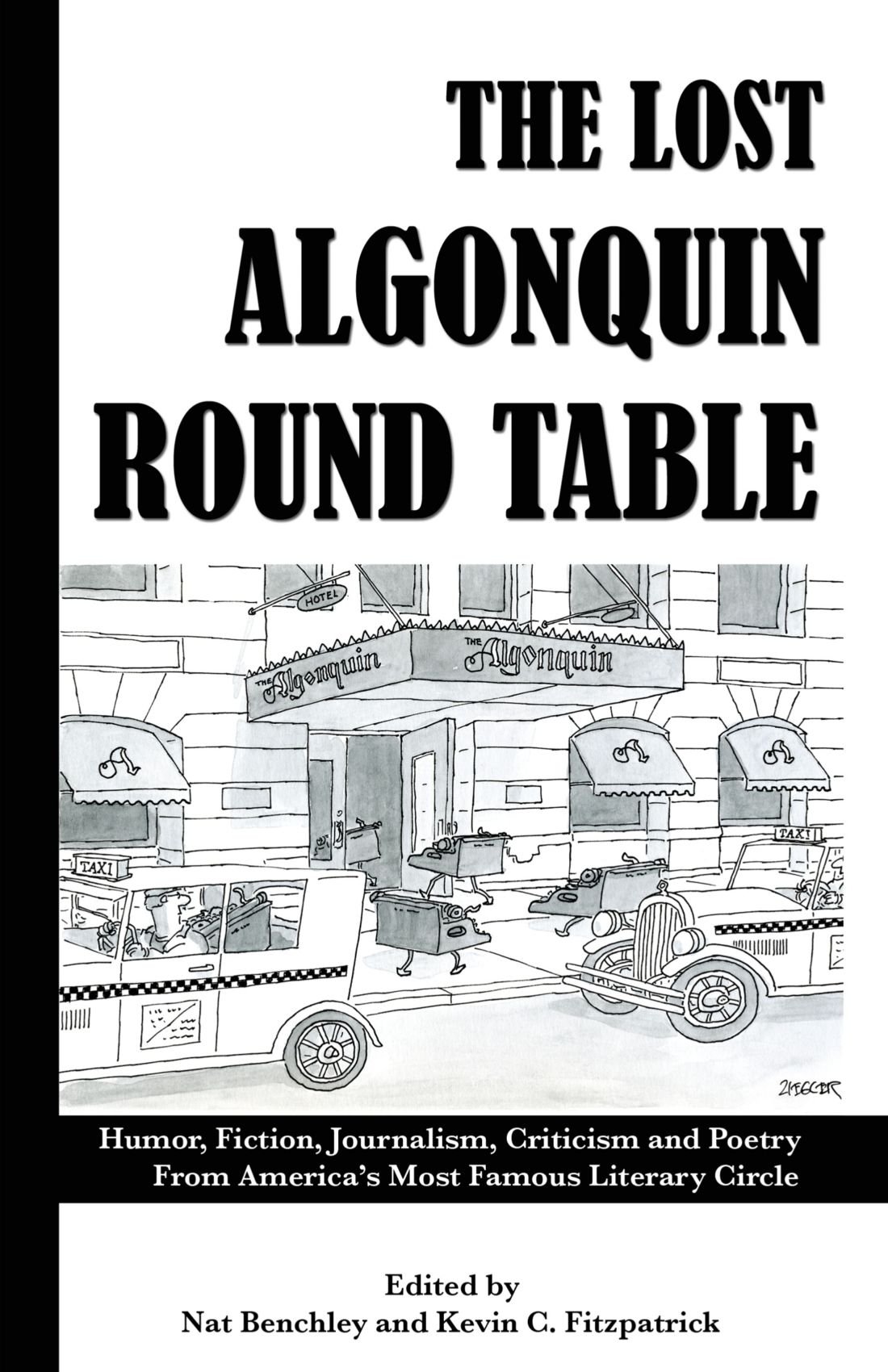 The Lost Algonquin Round Table: Humor, Fiction, Journalism, Criticism and Poetry From America’s Most Famous Literary Circle contains 50 pieces written by the legendary group of writers and critics that met at New York City’s Algonquin Hotel in the 1920s. This new collection presents, for the first time, many pieces from family collections and long-lost periodicals. Unearthed from dusty bookcases, public troves and dark recesses is a rich compendium of the writings that made the group famous.

Nat Benchley, grandson of Robert Benchley, and Kevin C. Fitzpatrick, author of A Journey into Dorothy Parker’s New York and The Algonquin Round Table New York: A Historical Guide, co-edited the book. It contains:

The Lost Algonquin Round Table is a rich compendium of the writings that made the group famous, before their japes and bon mots were collected and anthologized. Here, under one cover, are many of the pieces that brought the members of the famous salon to the publics attention. The collection offers ample evidence of why the group was so revered.