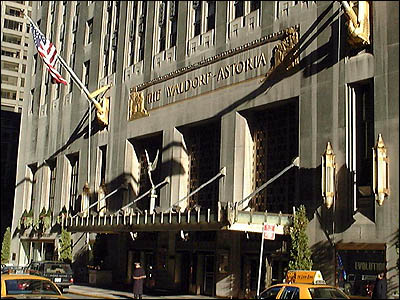 One of Dorothy Parker’s best friends of the Algonquin Round Table coterie was Aleck Woollcott. The pair had been close ever since the first meeting of the group in June 1919. So when Woollcott telephoned Mrs. Parker to aid a cause he believed in, she was there for him.

In February 1934 Mrs. Parker and Alan Campbell were living on the East Side. The Round Table had been dispersed for about five years. She was looking into the progress of a stage adaptation of her work in a play starring Shirley Booth. It lasted less than a month.

The country’s political atmosphere was highly charged. The Depression was on, Prohibition was over, and there was a rising group of Leftist artists, actors, and writers. Mrs. Parker was getting involved in many causes for both social justice and Marxist affairs. So when her friend Woollcott telephoned her on Feb. 6, 1934 from Wit’s End, it wasn’t to talk about the headlines in the Times or inquire about the Left Coast. Woollcott wanted her support for a strike. He called Robert Benchley as well. Suddenly the three founding members of the Round Table, known for their quick wits and one-liners, were playing the part of labor activists.

The waiters at the Waldorf Astoria Hotel were on strike, and Woollcott wanted to help them. Two staff members from Common Sense magazine planned to cause a scene by standing up in the ballroom of the blue and gold Empire Room (when the band took a rest, for dramatic effect). They were to read a statement and urge all of the swells in the room to march out in support of the waiters (we assume scabs were serving the prime rib and vino).

The mission of the three Round Tablers was to act like diners and at the right moment, march out with the rest of high society. However, the magazine activists had tipped off the press and management that a demonstration was to take place, and the dining room was loaded with reporters and hotel detectives.

The trio bundled into fur coats and headed over to the hotel on Park Avenue on a cold night. They took a table and waited for the action. At 8 p.m. the two activists jumped up and started reading a speech urging a walkout. The hotel detectives jumped on the pair and beat them up. The band started playing again as the furniture flew about. As the Times reported, a table or two was overturned, and fists were flying. Mrs. Parker, Benchley, and Woollcott stood up and started shouting at them. Mrs. Parker wondered out loud if this was a private fight or could anyone get in on it?

As the demonstrators were hauled out, the newspaper reported that the trio “gibed at the detectives with a running fire of extemporaneous bon mots and ‘wisecracks’ as Rodman (an organizer) and his friend were mauled. They escaped unscathed.”

Benchley got in the quote of the evening to a reporter, probably before heading to “21” or Polly Adler’s for a drink: “Here I’ve been in bed all day with a cold,” he groused, “and Woollcott called me 10 or 12 times to get to this thing. I come out and do this thing for the waiters, and I suppose when I come out with this fur coat some striking waiter will sock me.”

The Waldorf Astoria is still in the same place, 301 Park Avenue between 49th and 50th streets. It was closed in 2017 for a multi-year makeover and condo conversion. In 1934 it was only three years old; previously it had been on 34th Street and Fifth Avenue, but was leveled for the Empire State Building construction.