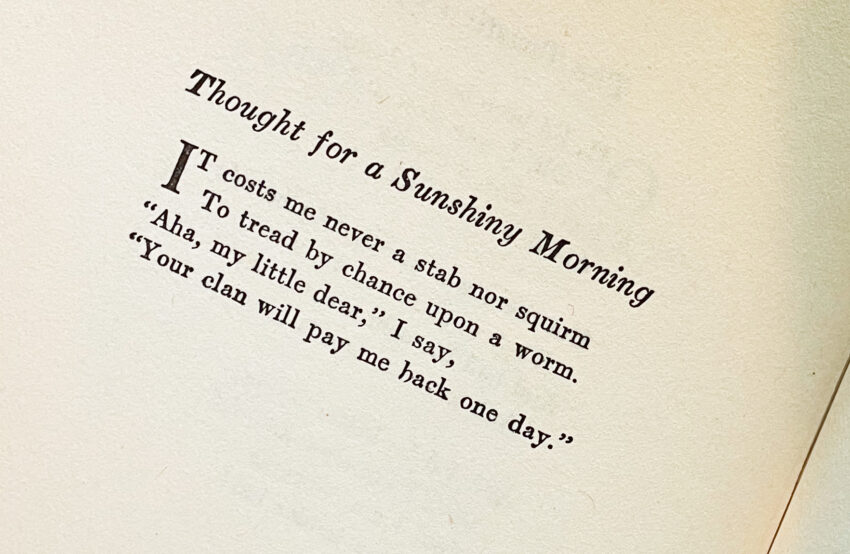 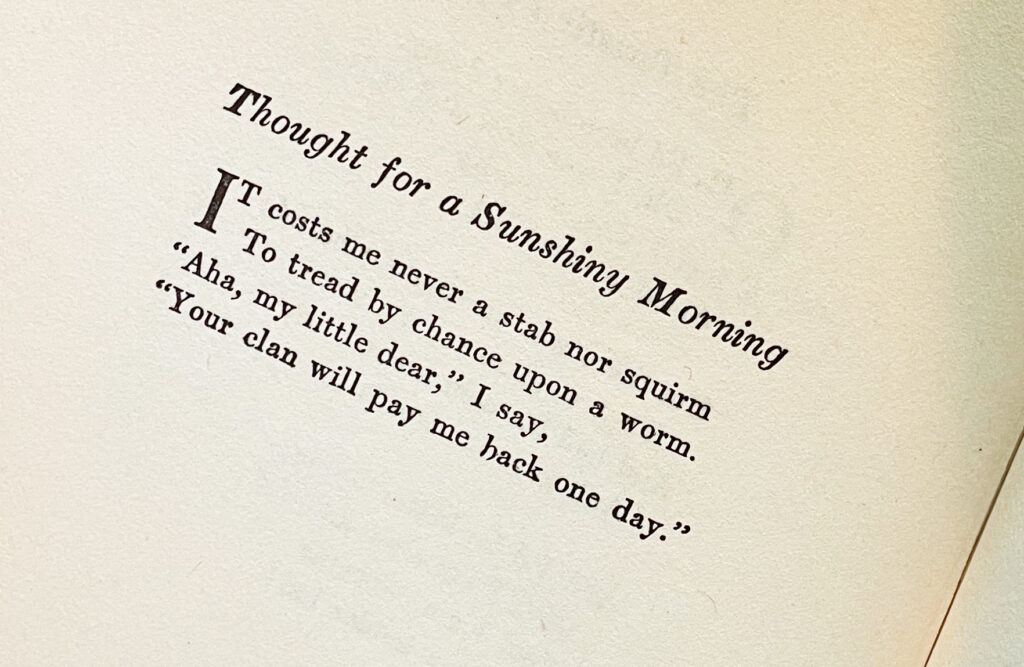 It is looking to be another big year for Dorothy Parker work entering the public domain. On New Year’s Day will be a bonanza of poems, more than in recent years.

More Dorothy Parker poetry and short fiction will enter the public domain in the United States on January 1, 2023, than ever before in a single year: 50 poems and four short stories. This is a slightly higher figure than in 2022 with 47 poems and five stories; 2021 when 25 poems had their copyrights expire, or 2020 when the number was only 15 poems and one story.

All of this work is from 1927 and has reached the 95-year mark that ends U.S. copyright protection. The remainder of the work is still under copyright with her estate, which Parker bequeathed to the NAACP.

Of the 50 poems, many are recognized as among her best. Many were collected in her volume Sunset Gun (1928); that whole book will enter the public domain in 2024. But these are the 50 with copyrights expiring on January 1, 2023:

Bohemia
Authors and actors and artists and such
Never know nothing, and never know much.
Sculptors and singers and those of their kidney
Tell their affairs from Seattle to Sydney.
Playwrights and poets and such horses’ necks
Start off from anywhere, end up at sex.
Diarists, critics, and similar roe
Never say nothing, and never say no.
People Who Do Things exceed my endurance;
God, for a man that solicits insurance!

A Pig’s-Eye View of Literature: Oscar Wilde
If with the literate I am
Impelled to try an epigram,
I never seek to take the credit;
We all assume that Oscar said it.

A Fairly Sad Story
I think that I shall never know
Why I am thus, and I am so.
Around me, other girls inspire
In men the rush and roar of fire,
The sweet transparency of glass,
The tenderness of April grass,
The durability of granite;
But me- I don’t know how to plan it.
The lads I’ve met in Cupid’s deadlock
Were- shall we say?- born out of wedlock.
They broke my heart, they stilled my song,
And said they had to run along,
Explaining, so to sop my tears,
First came their parents or careers.
But ever does experience
Deny me wisdom, calm, and sense!
Though she’s a fool who seeks to capture
The twenty-first fine, careless rapture,
I must go on, till ends my rope,
Who from my birth was cursed with hope.
A heart in half is chaste, archaic;
But mine resembles a mosaic-
The thing’s become ridiculous!
Why am I so? Why am I thus?

Partial Comfort
Whose love is given over-well
Shall look on Helen’s face in hell,
Whilst those whose love is thin and wise
May view John Knox in Paradise.

In 1927 Parker started to have more output in the realm of short fiction. While in 1926 she saw five short stories published, the following year, four came out. One, “Arrangement in Black and White” is a classic, and appeared in The New Yorker in October. A piercing look at racial prejudice of the era, many believe the central character is based on Parker’s friend, Paul Robeson. These are the stories that will enter the public domain on January 1, 2023, along with where the stories first appeared in print.
“Lucky Little Curtis.” Pictorial Review
“The Sexes.” The New Republic
“Morning.” Life
“Arrangement in Black and White.” The New Yorker

Other Works Enter Public Domain in the U.S.

American Copyright Law will also see many other works in film, music, and visual art enter the public domain. Some samples from 1927 creation:

Books
Death Comes for the Archbishop, Willa Cather
Gentlemen Prefer Blondes / But Gentlemen Marry Brunettes, Anita Loos;
The Case-Book of Sherlock Holmes, Arthur Conan Doyle; But come January 1, 2023, none of the stories in the original Sherlock Holmes canon will be protected by U.S. copyright;
In Another Country, Men Without Women, The Killers, Ernest Hemingway;
To the Lighthouse, Virginia Wolff.

January 1 is called “Public Domain Day” by many; in 2023 Dorothy Parker fans have many reasons to celebrate the day.

Thanks to Stuart Y. Silverstein, editor of Not Much Fun: The Lost Poems of Dorothy Parker, for creating a comprehensive chronological list of poems.