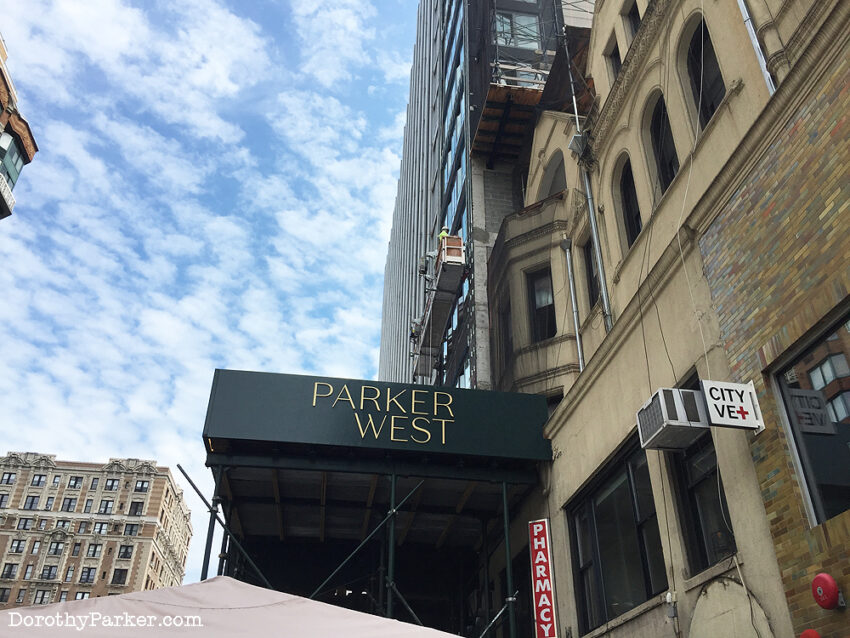 Dorothy Parker has lent her name to children, pets, a racehorse in Ireland and a bald eagle in Missouri. Her name is on gin distilled in Brooklyn, a disco in Brazil, and hotel suites and bed & breakfast rooms. Prince famous named a song for her. Plus there are more than 25 people walking around with Dorothy Parker tattoos. But until now there has never been a building to carry her name (why there is not an elementary school in her hometown is a huge oversight). We can announce that coming soon, you can get an apartment in a high-rise called Parker West, built on the site of her demolished childhood home.

The location at 214 W. 72nd Street—the last location the Rothschild family lived together before Mother Eliza’s death in 1899—was torn down more than a year ago. A contentious struggle was lost in 2011, when Community Board 7 members, turned their back on landmarking the building.

We reached out to the attorney that handled the case in 2011; he said he no longer represents the family. A family representative when reached said via email, “my family no longer owns the building and we have no rights.”

While it is sad the gray stone building from the 19th century is lost, it is good news to see the Parker name so prominently displayed. We look forward to the tower opening sometime in the next six months. When it was originally called for, it was to be 9 to 12 stories. It’s actually 21 stories.

When it does open, you can be certain the Dorothy Parker Society will be nominating it for a literary landmark plaque.