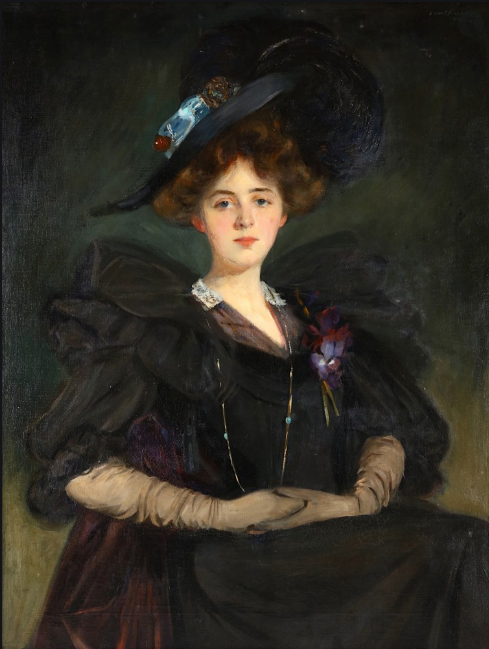 In the world of “lost” Dorothy Parker poems, there is no greater sleuth than Stuart Y. Silverstein. His groundbreaking 1996 book Not Much Fun: The Lost Poems of Dorothy Parker, uncovered more than 120 pieces that Parker had not collected in her lifetime. In 2020, four more are included to the realm of missing poems. They were presented at The Lambs on January 31 by Silverstein, read by writer Tara Isabella Burton.

Using payroll records at the New York Public Library from the old Life (not to be confused with the more well-known LIFE published by Henry Luce), he found a payment to Parker for the issue dated February 15, 1923. This was the “Valentine’s Number” and included her popular “Valentines” to celebrities of the day. Most of these folks are not remembered today, so a brief biography of each is presented below, courtesy of Silverstein.

Abbott Lawrence Lowell (1856–1943) was President of Harvard University from 1909 to 1933. From one of Boston’s “finest” families, and widely regarded a progressive, he nonetheless triggered great controversy in 1922 when he first proposed a quota on Jewish students, then excluded incoming black students from living in the freshman dormitories. The Harvard Board of Overseers overruled Lowell on both decisions, but his reputation sustained lasting and well-earned damage.

Harvard’s run, it seems to me,
Like a summer hostelry.
If a solemn vow they’ve made
That they’ll get exclusive trade,
Why not go on through with it?
Bar all others, just admit
To the realms of bean and cod
Harvard’s head—and, maybe, God.

[One more thing: in 1910, at a Holy Cross College alumni dinner, John Collins Bossidy offered a poem that gained national attention under the title “The Boston Toast”:
And this is good old Boston,
The home of the bean and the cod,
Where the Lowells talk only to Cabots
And the Cabots talk only to God.
Note Mrs. Parker’s sly reference to the Bossidy poem: to the beans, the cod, and God—and the Lowells and their fabled snobbery … if not outright bigotry.]

William Allen White (1868–1944) was the nationally-famous editor of the Emporia Gazette in Kansas. He was a leader of the Progressive political movement, and during the last 50 years of his life was widely considered the voice of Middle America. His 1922 editorial To an Anxious Friend defended free speech during a contentious rail strike, and won the 1923 Pulitzer Prize for Editorial Writing.

Way out West, where men are men,
Swift to fight, with fist or pen,
Battling Bill, whom here we see,
Dashes off philosophy,
Sure that every homely crack
Will be worth its weight in jack.
Kansas’ never-silent son—
Ain’t he got a lot of fun?

Clare Sheridan (1885–1970) was an English sculptor and writer who, after traveling to post-Revolutionary Russia to sculpt busts of Lenin, Trotsky, and several others, was hired by the New York World editor Herbert Bayard Swope as a roving European correspondent. In 1922 she produced headlines from the Irish Civil War, the Greco-Turkish War, and other hotspots, and also scored headline-making interviews with such world-famous figures as the Irish nationalist Michael Collins (who died in August of that year), the Italian fascist leader Benito Mussolini, and the founder of the modern Turkish state Mustafa Kemal aka Atatürk.

When the lady used to sculp,
Mixed emotions made us gulp;
Cried we then, in accents bright,
“Well, perhaps the girl can write.”
Then the lady’s interviews
Crashed upon the daily news;
Moan we now another lay—
“Give, oh, give her back her clay!”

Morris Gest (1875–1942) was a U.S. theatrical producer best known for bringing Russian productions to New York. His most famous production was the 1922 Russian import “Le Chauve-Souris” (French: “The Bat”), which in April of that year was parodied by the Algonquin Round Table with a one-night production called “No Sirree.” Morris Gest was a Lamb, elected in 1914.

Here’s the boy whose Russian troupe
Sent the critics for a loop.
Wild they shrieked, in Slavic joy,
“Bravo!” “Bis!” and “Attaboy!”
Each has graven on his heart,
“If it’s Russian, then it’s art.”
Would they’d let the Russians rest—
Heaven speed the parting Gest!

All of these are added to the pieces in the public domain that Parker wrote from 1924 and earlier. Read the interviews with Silverstein from 1999 and from 2010 conducted for the Dorothy Parker Society.