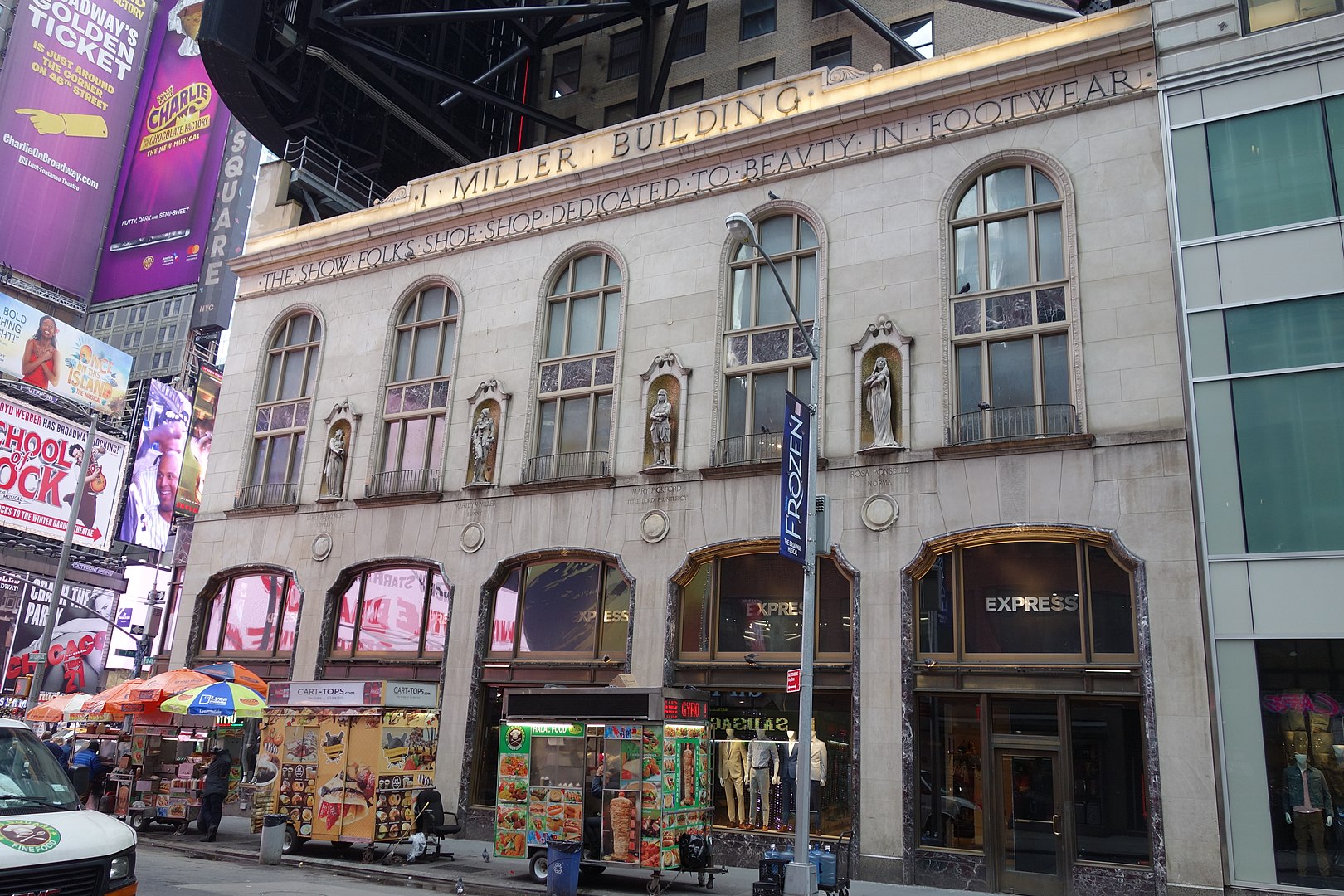 Dorothy Parker wrote reviews of all four women who are on the I. Miller Building in Duffy Square. Today it celebrates 20 years as a city landmark. It was recently restored to some of it’s former beauty. It’s on the walking tours of the Algonquin Round Table sites; all four stars on the building were visitors to the hotel in the 1920s and earlier.

The I. Miller Building, with its four statues of leading actresses of the 1920s by the noted sculptor Alexander Stirling Calder, is an evocative reminder of the history of the Broadway theater district. Designed by architect Louis H. Friedland, this 1926 remodeling of the Times Square branch of the fashionable I. Miller women’s shoe store chain was commissioned by shoe manufacturer Israel Miller as a tribute to the theatrical profession. Miller, who began his career as a designer and maker of shoes for theatrical productions, had become a leading importer and manufacturer of shoes with a national chain of over 200 retail stores.

The store’s handsome design incorporates rich materials limestone, marble, and mosaic, and motifs from several different classically-inspired historic styles. It pays tribute to theater, both with an inscription beneath the cornice that reads “THE SHOW FOLKS SHOE SHOP DEDICATED TO BEAUTY IN FOOTWEAR” and with the statues which depict:

Barrymore was having some year. In 1928 she had a theater named for her too. The Barrymore Theatre is 43 West 47th Street (Between Broadway & 8th Ave). It has a capacity of 1095.