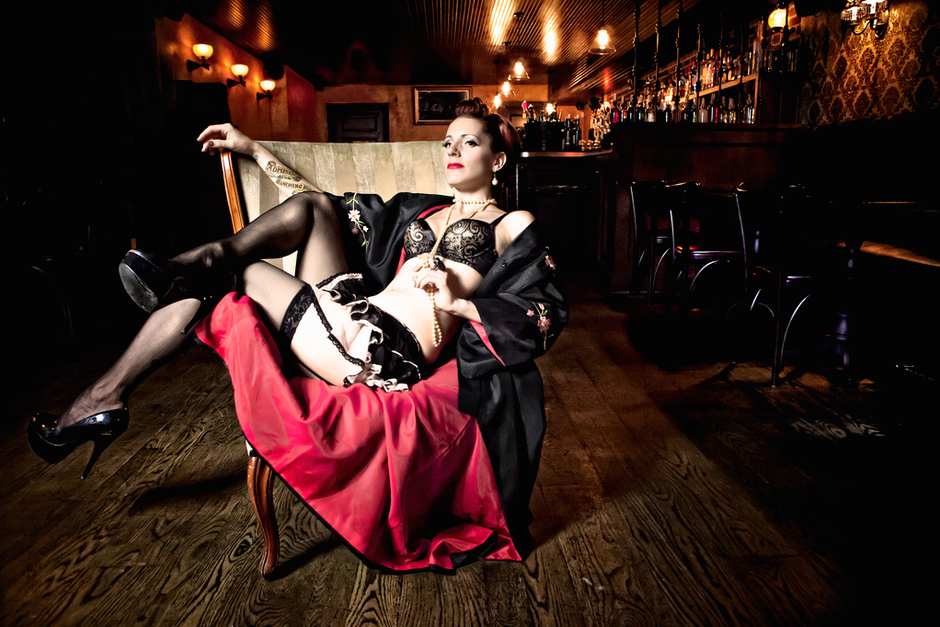 There have been many Dorothy Parker poetry nights, but perhaps the most unique is coming to New York this month. The Naked Girls Reading series will present You Might As Well Live on September 16 at Under St. Marks in the East Village. The organization, led by producer-host Nasty Canasta, adds Mrs. Parker to a long list of successful shows performed without clothes on, including Ray Bradbury, F. Scott Fitzgerald, Dawn Powell, Terry Pratchett, and David Sedaris.

The cast that will read Mrs. Parker pieces is an excellent selection of some of the top names in the neo-burlesque scene:

Naked Girls Reading began in Chicago in March 2009 as the creation of international showgirl Michelle L’Amour and Franky Vivid, and now has branches across the country and around the world. The New York chapter is produced by neo-burlesque superstar Nasty Canasta; it was opened in October 2009 to great acclaim. In 2010 it was named “New York’s Best Story Hour” by the Village Voice.