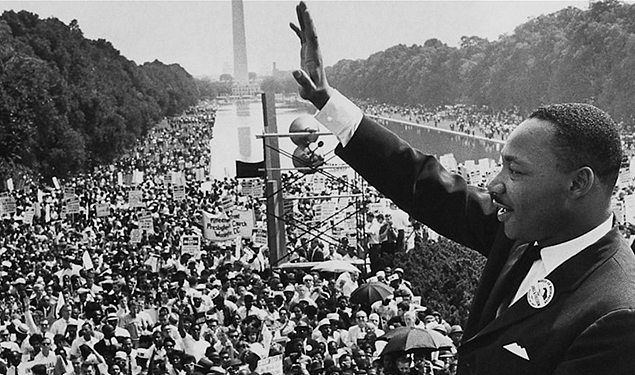 Reading biographies of Dorothy Parker, you’ll see why she left her estate to Dr. Martin Luther King, a man she never met. By some accounts, Dr. King, when informed he had been named the beneficiary in her will in 1967, had no idea who Dorothy Parker was. However, a careful reading of Dorothy Parker’s life will show scores of instances where she wrote about, spoke up about, and demonstrated for civil rights and social justice. Of course, 11 months after Mrs. Parker’s death, Dr. King was assassinated. Her estate passed onto the National Association for the Advancement of Colored People, a group that she had come into contact with in New York at her many speaking engagements and fundraisers.

Today marks the 50th anniversary of the famous March on Washington, where Dr. King delivered his “I Have a Dream Speech.” It’s been called the greatest speech of the 20th Century. Have you ever listened to it, in its entirety? Take just 17 minutes out of your day and listen. The last powerful moments:

While I was listening to it this morning (I admit, this was the first time I’d ever taken the time to do so), it made me think of what Dorothy Parker must have thought on that day, August 28, 1963. Perhaps, after watching the civil rights struggle for so long, this speech stirred her to amend her will. Who knows. Maybe she had originally planned to leave her estate to someone else; her husband was already deceased. But maybe seeing Dr. King in the newspapers every day, this prompted her to call her attorney and change her will. This set in motion not just leaving her copyrights and royalties to the organization, which manages it so well today, but also resulted in her remains being interred in a fine memorial garden.

This is a good day to think about civil rights in the world, and to think back to how far we have, and have not, come in the last 50 years.