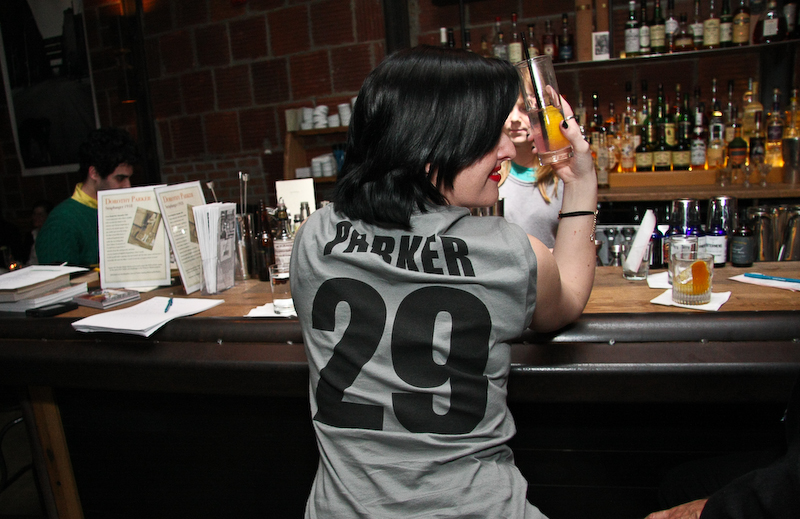 Who doesn’t like a martini on her birthday? Dorothy Parker’s birthday is Thursday, Aug. 22, 120 years after she made her debut as Dorothy Rothschild in Long Branch, New Jersey. For the second year in a row the Dorothy Parker Society is holding its party at the New York Distilling Company in Brooklyn! This is where Dorothy Parker American Gin is distilled, the award-winning brand that is sweeping the country (and getting great reviews).

And since this is the 120th anniversary of Mrs. Parker’s birth in Long Branch, New Jersey, The Shanty (attached to the gin-making operation where Dorothy Parker American Gin is distilled) will be offering martinis for $1.20!! Yes, a dollar and change gets you a martini made with Mrs. Parker’s own brand from 6-8 p.m. Then it will be happy hour prices for the rest of the evening. We will have literary touches all night long, including readings of her work, raffles, and more. If you want to bring along your dog-eared copy of The Portable Dorothy Parker, this is the night for it.

We might even sing Happy Birthday, Mrs. Parker, at some point.

The address is 79 Richardson Street (between Leonard & Lorimer), Brooklyn.