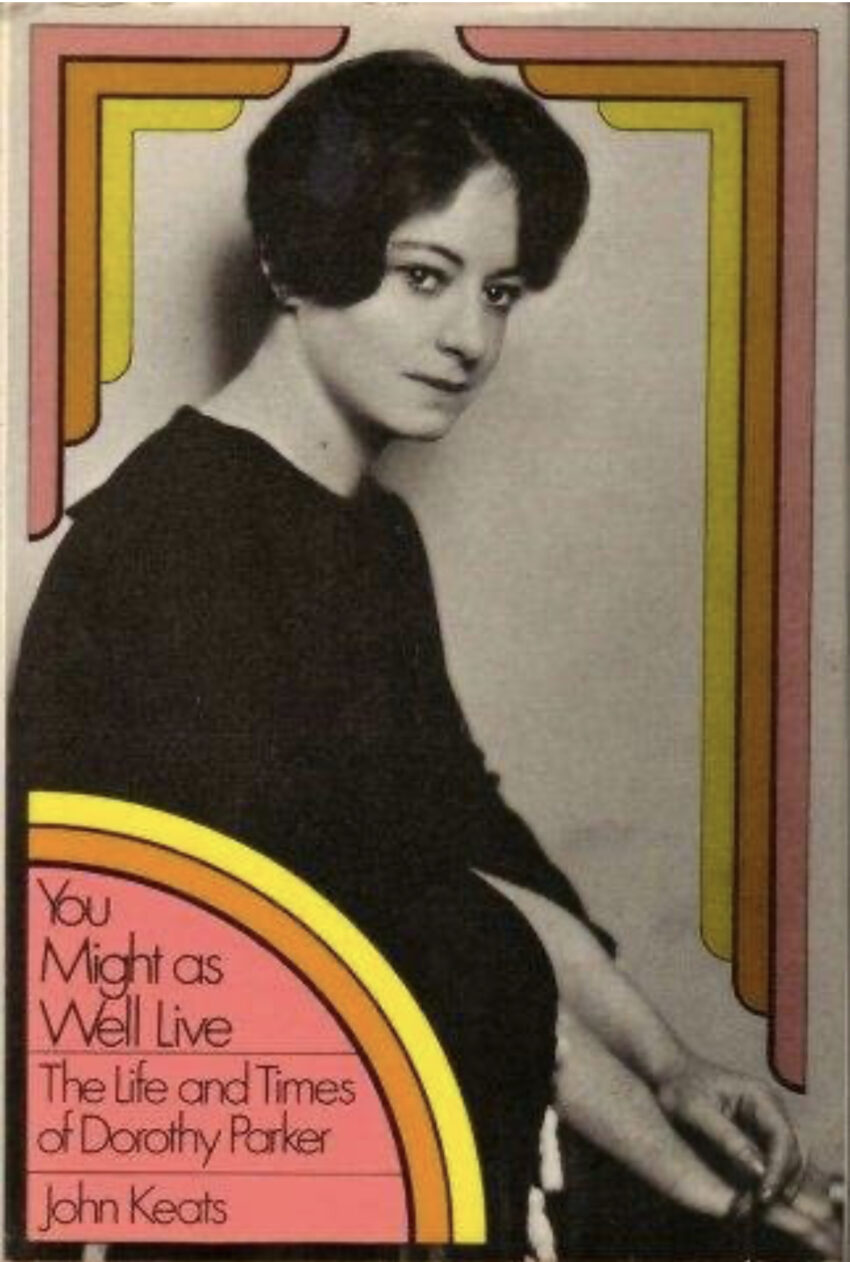 Dorothy Parker’s first biographer, John Keats, died on Nov. 3 in Kingston, Ont. He was 79 and lived in Kingston and on Pine Island in Ontario, in the Thousand Islands region of the St. Lawrence River.

Thirty years ago, he penned the first biography of Mrs. Parker, You Might as Well Live: The Life and Times of Dorothy Parker (Simon & Schuster, 1970). Keats also wrote Howard Hughes: The Biography of a Texas Billionaire (Random House; revised edition, 1972). His 13 books frequently delved into American obsessions with education, automobiles and suburbia.

From 1974 to 1990 Keats taught magazine writing at Syracuse University. He then retired to Canada.

Of the three Parker biographies, I rate Keats’ second-best. What Fresh Hell is This (1987, Penguin Books) by Marion Meade is best, with The Late Mrs. Dorothy Parker (1986, MacMillan) by Leslie Frewin as third-place. The Keats bio lacks the depth of Meade, but he did set the stage for the Parker revival that would follow in the 1980s. The book isn’t in print; copies are often found online for about $10 or less. See the What The Hell Bookshop for these books.